Italia Autosport run one of the countries most successful independent Ferrari racing teams, securing their sixth British championship title in 2007.

John started building and testing Ferrari racing cars in the early 1980s with his cars being very successful winning various titles through the years. Then back in 1995, John was given the chance to race a Ferrari 328GTB in production class. Taking the opportunity John took his first race win in only his second competitive race at Spa in Belgium. He went on to win the Ferrari Owners Club Maranello Championship in his first season, not just in his class but also outright.

1998 saw john contesting an ex Benetton F355 Challenge Car in the British Series. A major accident at Donington that very nearly put an end to Italia Autosports run of success and indeed John himself. This saw witness to the true meaning of “Italia Autosport Team” when the team rebuilt a totally wrecked car ready for the next round of the championship, this wasn’t just for John, Italia or the team but it was for the sponsors and everyone that was associated with the team and sure enough the car was parked in the second row of the grid at Silverstone after qualifying. This is just the typical spirit and character of all of us at Italia Autosport. The car finished the championship as the fastest and most successful F355 Challenge of the season.

For the next 4 years, Italia raced the F40 of business man and customer Richard Pursey and in 1999 the team once again won the Maranello Championship outright followed by the Intermarque class title in 2000 and in Intermarque overall championship in 2001. The Italia Autosport Championship racing team is made up of a number of individuals who have a passion for both Ferrari and motor sport. There is a competitive determination, that in the depths of adversity, enables them to pull together to achieve a single goal. To get out there and WIN!

Success came again in 2005 winning another Class Championship driving a Ferrari 328 GTB in the classic series and racing an ex BTC Alfa 155 V6 in AROC Championship winning the class C Championship in 2007 and they had the time of their lives!

Thank you for recapping this amazing and golden time in Italia Autosports history. John can remember every single one of them! 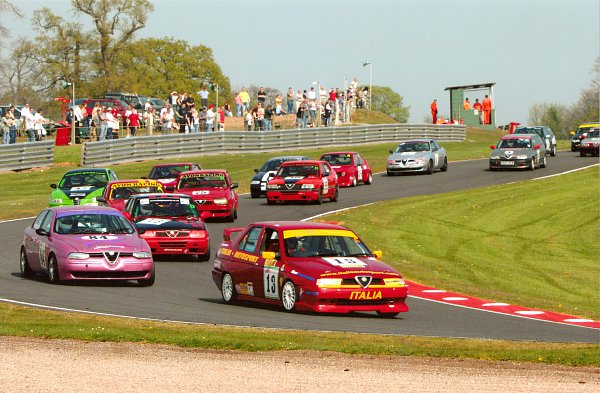